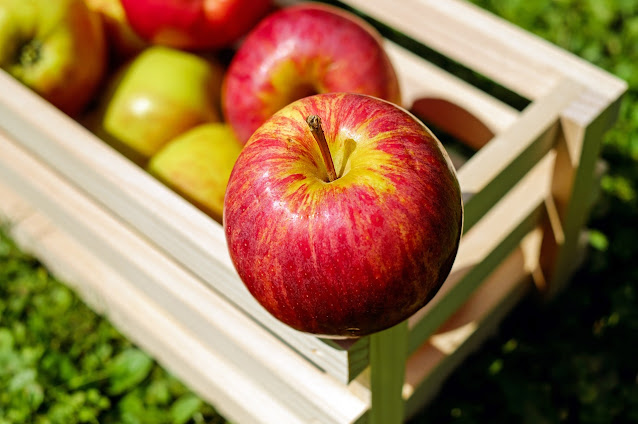 Apple Fruit Benefits; Do you know the best foods to eat if you have cancer or heart disease?

Research at the University of Nottingham says that even eating five apples a week reduces the risk of lung and respiratory disease.

An apple a day keeps the doctor away ….. This proverb in English was first published in 1913. That is, if you eat an apple every day, you don’t have to go to the doctor. It contains Vitamin C which provides strength to fight disease. The antioxidants present in it control the harmful elements of the body. From the perspective of research so far, know why it is important for you to eat an apple every day …

2. Reduces the risk of cancer
Due to elements such as antioxidants and flavonoids, apples have many properties that prevent cancer growth. Eating common apples also reduces the risk of lung cancer, according to a review of more than 41 studies. According to another study, eating lots of fruits and vegetables protects against many cancers, such as stomach and colon cancer.

Eat apples if you want to lose weight
Research from Washington State University says it can prevent diseases that later increase obesity. When you eat apples every day, bacteria that are good for the body thrive in the intestines. It boosts digestion and prevents inflammation. People feel full, so obesity is controlled.

4. Keeps the lungs healthy
Research in Britain says that apple also keeps your lungs healthy. The lungs of people who eat five apples a week work better. According to researchers at Nottingham University, apple reduces the risk of lung and respiratory diseases. It contains nutrients that keep the body healthy in many ways.

5. Brainpower increases
One study says that apple also increases your brainpower. There is also a rumor that there is more caffeine in an apple than in a cup of coffee, but it is not. It contains natural sugars that give you energy. Next time you want to drink coffee in the afternoon, eat an apple. It’s cheaper.

Don’t let vitamin B6 deficiency distract you from your good health...

Avoid these foods during pregnancy

Women can be pregnant even after PCOS, follow these measures to...

Apply fennel oil on hair, use this way and then look...