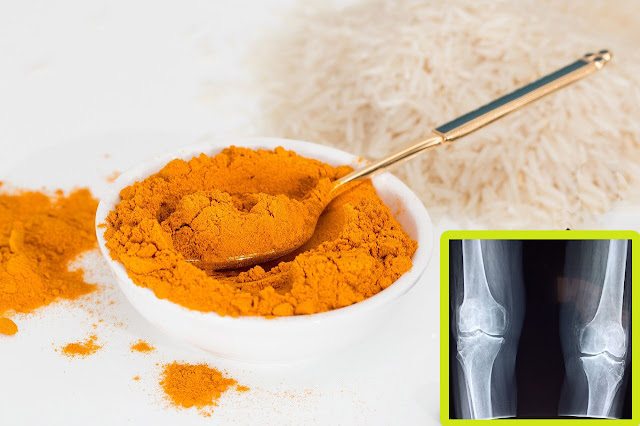 After cancer, turmeric has also proved effective in relieving joint pain, researchers in Australia claim in a research

Turmeric Health Benefits; According To Research In Australia, Haldi Proved To Be Effective For Relieving Knee Pain

The research was done on 70 patients of arthritis suffering from knee pain and inflammation
Two capsules of turmeric given daily to patients for 3 months.

If you are suffering from arthritis, you must include turmeric in the diet. Turmeric acts as a painkiller to relieve joint pain. According to research conducted in Australia, turmeric has proved to be effective in relieving knee pain.

The research lasted for 12 weeks

The pain persisted in those who were not given turmeric

According to research published in the Journal of Annals of Internal Medicine, patients suffering from knee pain had reduced pain in turmeric supplements. During this time, they did not show any side effects. At the same time, patients who were not given turmeric sustained pain.

On scanning the knee of turmeric patients, it was found that there was no difference internally, but the pain definitely decreased. Researchers say this needs to be conducted on a larger scale.

The Sri Chitra Thirunal Institute of Medical Sciences in Thiruvananthapuram has acquired a US patent for the treatment of cancer from turmeric. The institute claims that the curcumin element present in turmeric can treat cancer. According to the institute, the cancerous tumor will be treated with turmeric after removal from the body to eliminate the tumor and prevent it from spreading in the body.

According to lead researcher Dr. Lissi Krishnan, the curcumin present in turmeric is easily absorbed into the body and fights cancer. Curcumin will be released directly into the tumor portion to eliminate cancer cells. It will directly attack cancer cells by not harming normal cells. It has also been proved in many research that kills cancer cells.

These are also advantages

The ability to fight diseases increases: According to Ayurveda, turmeric has also been used as a medicine for thousands of years. It has anti-inflammatory and antioxidants that prove it to be a superfood. Including it in the diet increases the ability to fight against diseases. Ayurveda experts are also suggesting drinking turmeric milk in the coronary period.
Keeps the brain healthy: Curcumin present in turmeric increases the level of BDNF hormone in the brain, which creates new cells in the brain. The risk of Alzheimer’s and dementia also decreases.
Also helpful in relieving depression: A research conducted on 60 people has revealed that curcumin acts as an antidepressant. Which helps reduce depression. The research found evidence that it helps release hormones such as dopamine that keep humans happy.

Eating too many peanuts may cause side effects

Testing blood sugar level at home, then take some precautions and...

Health Tips-Basil leaves should not be chewed due to these reasons,...

An egg has a magical effect on hair problems, know benefits