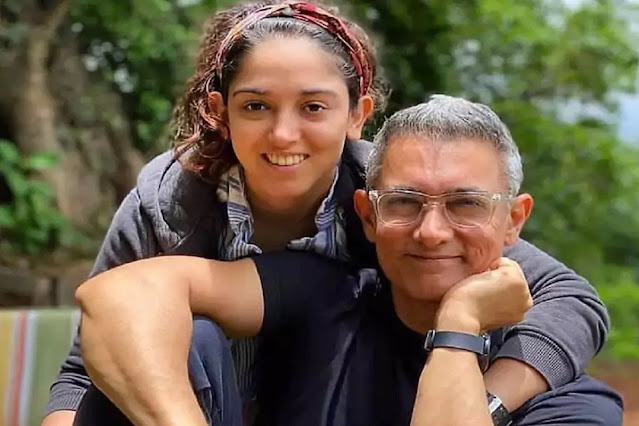 Ira is very active on social media and keeps fans up to date with fitness methods.

Recently, Aamir Khan’s daughter Ira Khan (Ira Khan) shared her photo while doing yoga on her Instagram account. In this photo, she can be seen with headrest.

Bollywood actor Aamir Khan’s daughter, Ira Khan, maybe a long way from the world of glamor, but she’s popular on social media. She often updates her fans with her workout videos and photos. Recently, Ira shared his photo while doing yoga on his Instagram account. In this photo she can be seen with a headrest. This photo of Ira is getting more and more viral on social media. Let me tell you that in the caption of this photo, Ira tagged his fitness trainer, ‘I can hold it until Nupur Shikhare leaves until someone clicks on the picture. I am now learning

Ira’s pose
In this photo, Ira can be seen taking a great pose. The photo clearly shows that he is wearing black shorts and a gray T-shirt. This photo was taken amid panoramic green valleys, hills and panoramic water views. Ira’s efforts were praised by some close friends from Instafam and the film industry. People shared their responses by going to the comments section of the post. Actor Vijay Verma said in this photo of Ira- ‘Vhoah’

At the same time, Gulshan Devaiah has written, “You are not only standing on your feet, but you are now also standing on your hands.” In recent times, Ira has been regularly updating her Instagram feed with her fitness diaries. 23-year-old Ira often shares photos and videos from her tough training sessions that inspire her followers online.

I can hold it for long enough for @nupur_shikhare to leave the frame while someone clicks the picture. That’s about it. But baby steps, right? . . . #workinprogress #handstand #handstandpractice #withaview #valley #pointyourtoes

Black pepper is the cure for many major diseases, use it...

Home remedies to relieve pain and irritation in urine

These changes in daily routine will reduce weight, you will be...